Photo for sale on eBay

This photograph is up for sale on eBay, priced at $23.88, plus $3.00 shipping. The photo, printed on 8x10-inch paper and dated June 15, 1969, is said to be part of something called the Rogers Photo Archive, "the largest individually owned photo archive in the world." (Indeed, it contains more than 33 million images, according to the archive's website.) The eBay listing describes the photo as a "press photo" issued by CIDOC. 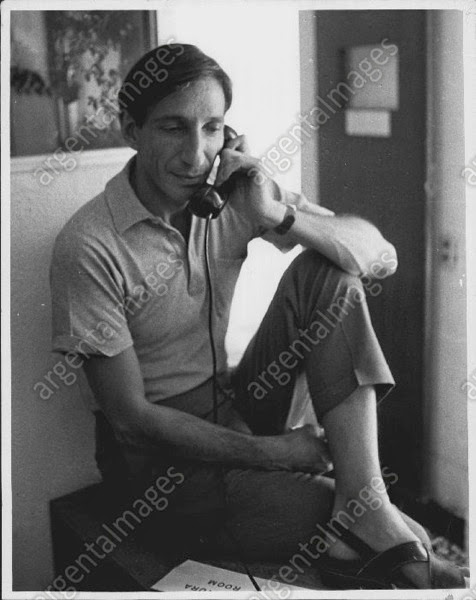 Two things strike us about this image. One is how very lean Illich looks, the other is that he is wearing a watch. We happen to have heard a recording of him being introduced to an audience ca. 1970 and the speaker notes that Illich is known for not wearing a watch.
Posted by Winslow at 9:30 PM