"The return of subsistence knowledges"

A paper written by Jean Robert and Majid Rahnema, two of Illich's friends and collaborators, is available at ZNet. The paper (click here) is titled "The return of subsistence knowledges," and it was originally published in 2009 as part of ZNet's Reimagining Society Project. We've yet to read the paper so we can't provide a summary, but a quick skim reveals it as drawing on Illich, Jean-Pierre Dupuy, and Karl Polanyi, among others.

The acute problems of manpower, money, access, and control that beset hospitals everywhere can be interpreted as symptoms of a new crisis in the concept of disease. This is a true crisis because it admits of two opposite solutions, both of which make present hospitals obsolete. The first solution is a further sickening medicalization of health care, expanding the clinical control of the medical profession over the ambulatory population. The second is a critical, scientifically sound demedicalization of the concept of disease

Much of this analysis of the crisis affecting clinical medicine at the middle of the 1970s could be applied to the examination of the "economic crisis" now facing the world. What societies need now is, in the first place, to reexamine the destructive effects of a globalized system of economic domination on the livelihood of human beings; it is then the search of entirely new organic links with the reality that the Greeks designated by the verb oikodomeo, meaning "I manage my and my family's own livelihood." It is from that verb that the Western world has derived the words economy and economics, giving them a meaning diametrically contrary to the verb's meaning.

Posted by Winslow at 1:59 AM No comments:

Recordings of talks given at the colloquium devoted to the life and thought of Ivan Illich held last November-December in Paris under the auspices of Le Club de la Montagne Sainte-Geneviève have been posted to Vimeo. Those talking in the first video, a roundtable, are Jean-Pierre Dupuy, Patrick Viveret, Thierry Paquot, and Serge Latouche. The imagery in these videos consists of still photos only.

To see a listing of all seven recordings made at this event, click here. They may be downloaded at no charge. In one of them, Dupuy discusses the thought of Rene Girard and Illich, a topic he addresses in The Challenges of Ivan Illich. Dupuy, a professor of French and political science at Stanford, has known both men.
Posted by Winslow at 1:45 AM No comments:

We've always admired European book covers. Even if their text is too often inscrutable to us, the cover designs tend to be extraordinarily stylish and modern-looking. Indeed, here is the cover of a new edition of Illich's Deschooling Society as translated into Spanish: 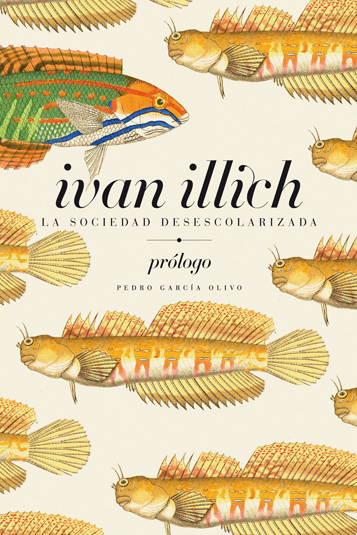 The publisher is Editorial Brulot, located in Madrid, we believe. The foreword is written by a Columbian named Pedro García Olivo. The cover's designer is Nano Torres, working in Granada. His website shows the Illich book's front and back covers.

We first came across an image of this cover while using the Bing search engine. It pointed us to a blog called Pensamiento Pedagógico [Thinking about Schooling?], which shows this charming photo (which, yes, we re-publish here without permission), evidently made in Cuernavaca: 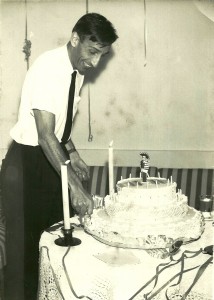 (Off-topic: To anyone interested in seeing more artful book covers and illustrations and the like, mostly vintage, we highly recommend a visit to 50watts.com, whose curator has a great eye and a great collection.)
Posted by Winslow at 6:03 PM No comments:

An intriguing page of quotations

A lengthy and surprisingly wide-ranging collection of quotations selected from Illich's texts is available at a site called Wikiquote. Although hardly complete in terms of the books and papers from which its contents have been pulled, this page reveals, in a way, more about Illich's thought than the fairly sparse page that has been assembled about the man at Wikipedia.

Some videos in Spanish

Javier Sicilia is a widely-regarded Mexican poet, essayist, journalist, and activist who is, according to Wikipedia, "one of the main promoters of [Ivan] Illich's thought among Mexican intellectuals." He is credited with translating much of Illich's work into Spanish.

Some videos of Sicilia speaking informally (in Spanish) about Illich, a good friend, and about the latter's idea of conspiratio are available for viewing on YouTube. The first of two parts is here, followed by the second one here.

As we've written about before, Sicilia has led large protests against the Mexican government and its "war on drugs," which has resulted in the deaths of some 40,000 Mexicans, including Sicilia's own son, Juanelo, shot down in Cuernavaca in 2011.

Once again, we regret not being able to speak Spanish. There is a wealth of material about Illich written in that language that is available on the Web and elsewhere, including this site, hosted in Mexico, which is devoted to the man and his thought. Right now, this site is showing a 3-hour video of talks given at the 10-year anniversary celebration of Illich held last December in Cuernavaca.

Posted by Winslow at 4:21 PM No comments:

An article about Ivan Illich, his time in Manhattan, and the Puerto Rican Day parade held each year in New York City (for which Illich deserves much credit), has appeared at a site called Solidarity Hall. The author of "Ivan Illich’s Politics of Carnival" is Christopher Shannon, associate professor of history at Christendom College in Front Royal, Virginia. Mr. Shannon is well-versed in Illich's intellectual biography and explains well how Illich's work with Puerto Rican parishioners, in NYC and in Puerto Rico itself, helped to shape his later thinking.

Writes Mr. Shannon: "Illich saw his countercultural star fade in the late 1970s when the traditionalist basis of his critique of modernity became more apparent. But for those who refuse to accept the nostalgia police’s equation of tradition with fascism, Illich’s early career offers a genuine model for a politics of carnival, one in which symbol, myth, and ritual serve less as tools of resistance than as the vocabulary of an alternative way of life."

Illich's "study of the history of liturgy," Mr. Shannon continues, "led him to develop his own particular view of Catholic anti-modernism. Anticipating the work of the anthropologist Mary Douglas, Illich came to see the decline of ritual -- not the moral (i.e., sexual) laxity routinely cited by the clergy in the pre-conciliar American Church -- as the greatest threat to the survival of the faith in the modern world."

We've mentioned Mr. Shannon in an earlier post, concerning Illich's time in New York. Evidently, the present article about Illich appeared earlier at The New Pantagruel, a now-defunct site that has been described as a “localist, decentralist, anarcho-Christian and authentically conservative” journal.

Solidarity Hall, new to us, "sees itself as a hospitable old hostelry, a mental oasis in the deserted landscapes that surround us. … While public discourse is in many places becoming less civil and sane, we hope to be a beacon of civility; where the cult of technocracy reigns, we hope to be the advocates of an humble personalism; where small-scale solutions to neighborhood problems are ignored, we hope to be their champions. … we see our project, to begin with, as that of rethinking several of the big words we use: community, work, neighbor, history, imagination. We coined the term 'thinkerspace' (on the model of hackerspace or makerspace) to suggest the kind of place where such rethinking occurs."

Posted by Winslow at 9:15 PM No comments: