A "wandering Jew, a Christian pilgrim"

We often wish we had even a fraction of the linguistic skills that Ivan Illich had for that would enable us to appreciate more of the writings about him -- and by him, as well -- that are to be found here and there on the Web.

As noted a few days ago, for example, we recently discovered a fascinating document written in Croatian that concerns Illich’s ordination as a priest, as described in a number of church documents from the 1940s and 1950s on file in Split, the Dalmatian city that Illich’s father called home. Google’s translation robot provides some help in understanding the document, but only some.

Here, as grabbed from that Croatian document, is something that requires no translating, a photo of young Ivan (and one of several in the document) seen during a visit to Sutivan, on the island of Brac, where his grandfather lived: 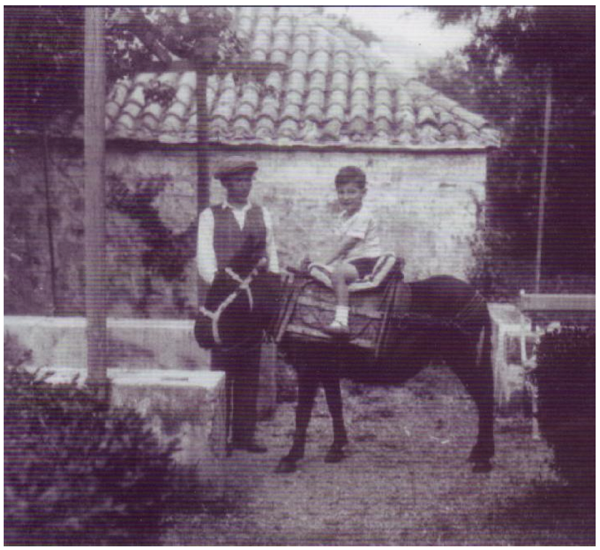 This is the island Illich would later remember as gaining its first loudspeaker when a Victrola arrived on the same boat as he did, brought there as an infant to meet his grandfather. Now promoted as a seaside resort, Brac has a population of 13,000. One of its churches is that of St. Ivan, from the 6th century. The Ilic name is one of the island's oldest; a windmill and a 16th-century complex of houses is attributed to the family.