The News from Italy

Fabio Milana, the Italian historical researcher whose essay we shared here some weeks ago, writes to tell us of two recent books published in Italy. One is a new edition of Ivan Illich's Gender, in Italian, with an introduction written by the philosopher Giorgio Agamben (a friend and collaborator of Illich's) and edited by Fabio himself. Genere, Per una critica storica dell'uguaglianza is the first volume of a planned Collected Works edition of Illich's writings, we're told. More about the book can be seen here, in Italian.

The other book is Ivan Illich e la sua eredità (Ivan Illich and his legacy), which Fabio describes as "both [an] auto/biographical and [a] critical essay on Ivan and his (mis)interpretations in Italy." The author is Franco La Cecla, a Sicilian cultural anthropologist, architectural critic, friend of Illich's, enthusiastic user of Moleskin notebooks, filmmaker, TED speaker, social historian of pizza and pasta, and as we first encountered his name, co-author of what for our money is the best obituary for Illich to have appeared in English. (In The Guardian, written with architect Andrew Todd.)

What appears to be an essay about Illich and Le Cecla's book, written in Italian, shows up at a website called Doppiozero. The book is available for sale here. We wish we could read the book in its original Italian. For now, we'll just have to make do with its charming cover: 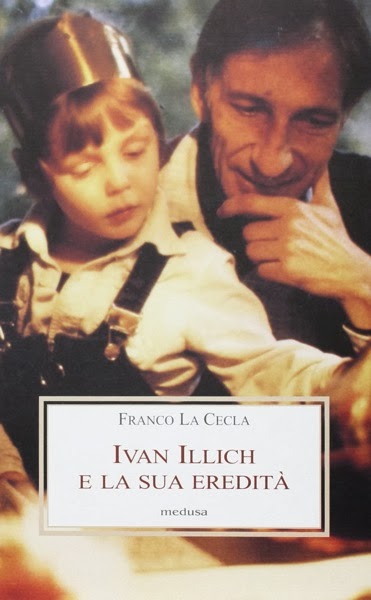