A few days after Ivan Illich died on Dec. 2, 2002, friends gathered for a funeral mass at a local Bremen church, St. Johann. A Roman Catholic church built by the Franciscans in 1380, St. Johann is located in Bremen's Schnoor, a district of tiny streets dating back to the 10th century. This is St. Johann: 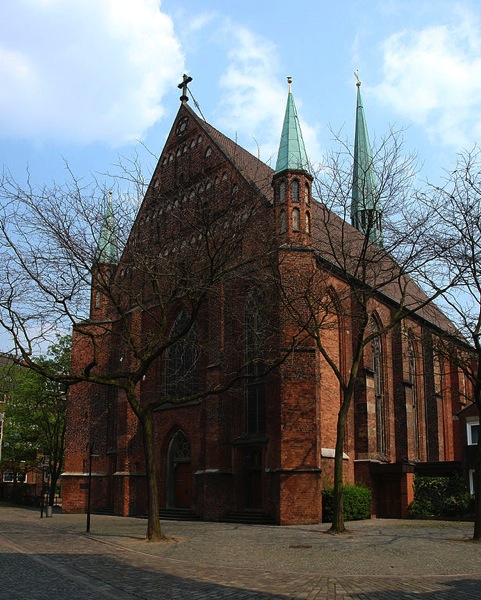 Illich was buried, though, at another church, also called St. Johann but unrelated. This church, located in a part of the Bremen city-state called Oberneuland, is Protestant. There is, we gather, no Catholic burial ground in Bremen. Barbara Duden has told how she had to make a special appeal to this church to get permission for Illich, a Catholic and non-German citizen, to be buried there. There is a tradition, or rule, she learned, that makes special provisions for those are traveling far from home when they die.

This is St. Johann in Oberneuland, as seen in the winter of 2003; we walked there from the center of town, which took most of an hour: 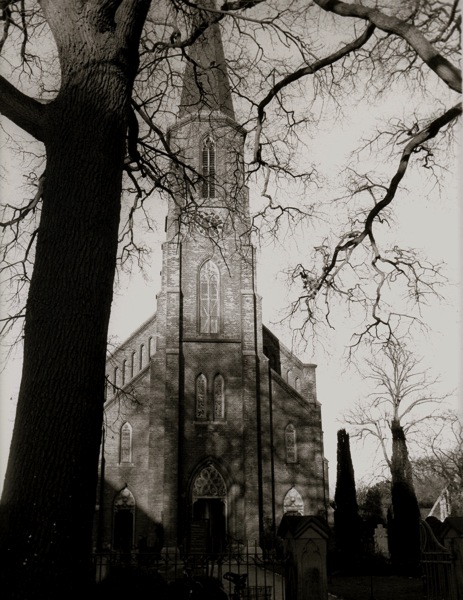 Illich is buried in the yard behind the church. His grave is marked by a well-constructed wooden cross and, when summer arrives, by sunflowers. 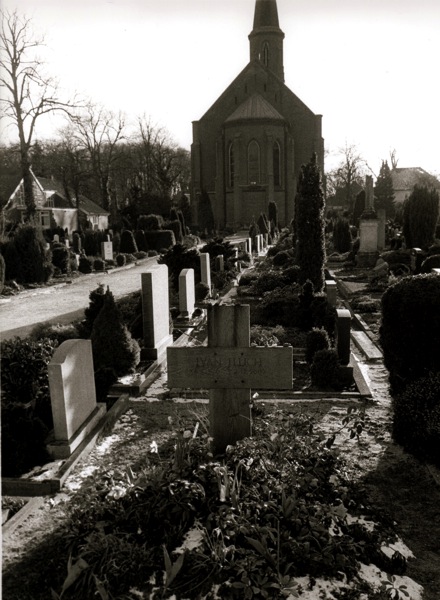