The marketing of 'Medical Nemesis'

Here is how the paperback edition of Illich's book Medical Nemesis looked in the late 1970s and early 1980s. This is the edition we first bought (in December, 1981) and read - at the big Barnes & Noble store on lower Fifth Ave. in NYC - though our copy is priced at $2.75: 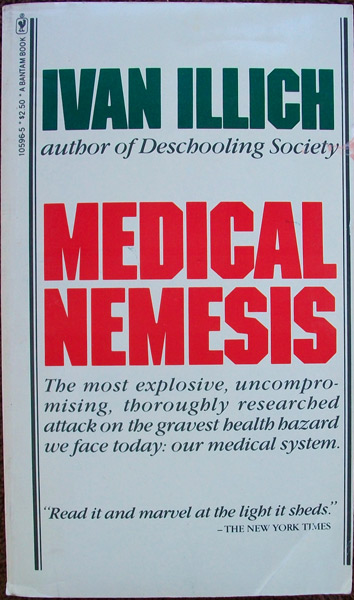 Read it and marvel, indeed. Note the heated language in that subhed. On the rear cover, it says "CAUTION: The medical establishment may be hazordous to your health," with that first word in red. "In this landmark book, one of the most brilliant social critics of our time exposes the many ways modern medicine is robbing us of power, money, dignity - even life itself."


And here, below, is the book as it is sold in paperback today, considerably more serene. This edition contains a new introduction by Illich, which is well worth reading for his reassessment of the book's argument and understanding of how systems-theoretic concepts were moving people to re-conceive their bodies in a radically new and quite flesh-less way. He expresses dismay that then, in 1995, sales of the book were mainly to medical students. 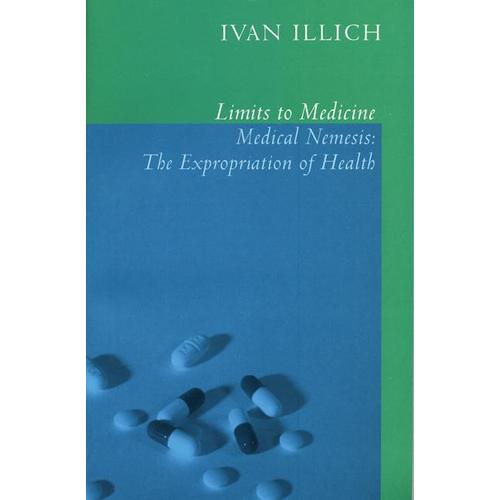