Silja Samerski, a friend of Illich's and student of Barbara Duden in Bremen, has just published a book: Das Alltags-Gen, or, as it will soon be translated into English, The Decision Trap; how genetic education incapacitates society. We look forward to reading it. 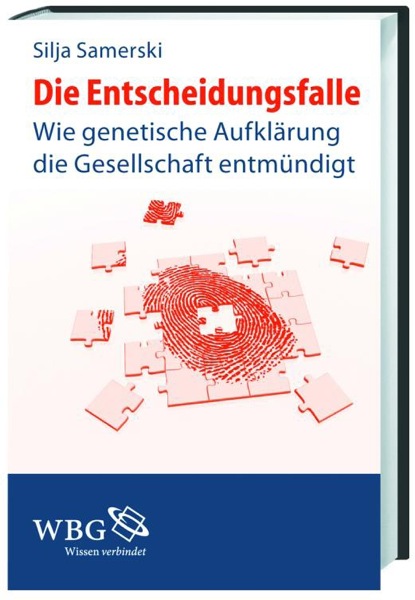 The book is based on the research project "The Pop-gene," undertaken over the past decade or so with Duden, and is about what Samerski calls "the perversion of autonomy: Namely, the freedom to think and act by oneself:"

It is genes, we are told, which determine the health of our children, cause our early death or early dementia. Therefore, only those ones who allow geneticists to educate them are considered capable of autonomous and responsible thought and action. On the basis of observed and recorded genetic counseling sessions Samerski demonstrates the paralyzing and incapacitating effects of professional education on genes and risks. Thereby, she questions a dogma of our time: that being counseled into scientific knowledge necessarily leads to freedom and autonomy.

Samerski and Duden spoke about their work on the "Pop-gene" on a Canadian radio program - How to Think about Science - prepared by David Cayley. It can be streamed here or downloaded as a podcast via iTunes or from this page. (This is a direct link to podcast.) This radio series, in 24 parts of an hour each, is superb.

Several related papers by Samerski and Duden are available at the Pudel site in Bremen. Among them is "Risk-Anxiety and the Myth of Informed Decision Making."

We've also touched on the topic of genetic risk counseling - namely, some videos of Duden speaking (in English) on this topic - that are available via YouTube, in this blog.