Henrik Blum (1915-2006) was an M.D. and widely-regarded name in the field of public health - "one of the real leaders of the field of comprehensive health planning,” according to a profile in The Lancet. 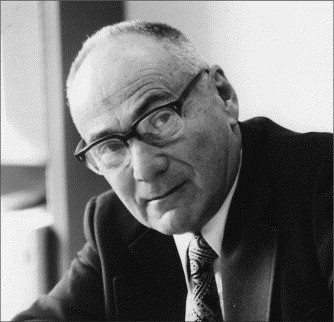 For many years, it seems, he taught at UC Berkeley, and in 1997, he participated in an oral history project conducted by the university's Bancroft Library. The full transcript is available online, and what follows is an excerpt discussing Blum's encounters with and thoughts about Illich. Blum visited Illich at CIDOC and later was instrumental in having Illich invited to lecture at Berkeley for a semester in 1983. This series of lectures, about the topic of vernacular gender and its loss to economic sex, was controversial, to say the least.


Blum: That book originated as an invitation to present up-to-date
thinking on what health was and what health care might best be.
Each of three authors was given a week in which to present
their views. Ivan Illich presented Medical Nemesis, Rick
Carlson did the End of Medicine, and I presented what health
care should be doing if it were based on our understanding of
what caused good and bad health, something a lot different than
the repair concept of Western medicine.

Roz Lindheim, an architect whose work in health opened many
new avenues in health care, appears in several contexts in this
book because she influenced many of us in many ways, got me
invited to Cuernavaca to CIDOC, Centre Intercultural de
Documentation, which was Ivan Illich's own institute and which
enjoyed the protection of the liberal archbishop of Cuernavaca.
Illich was a priest who came from Yugoslavia, was trained at
the Vatican and was reputed to be a protege of Pope John.

He had written many controversial books, all of which
sounded a strong anti-organization theme, probably built out of
his experience and objections to bureaucratic, authoritarian
organizations like the Catholic Church. As the one-time rector
of the Catholic University of Puerto Rico, he had strong
feelings about the limitations of traditional universities and
CIDOC was his own creation.

The institute earned its way by teaching Spanish to well-
off persons needing a rapid and reasonably thorough Spanish
grounding. But its overriding purpose was to piggy-back high-
level discussions of all major social issues, as well as
maintain an elegant library and a place for him to think and
work. His medieval-style university CIDOC was an unlikely
mixture of the ultra-technical reception machinery, and a
freedom to wander, imbibe, and disperse information and ideas
in an almost market-like intellectual setting.

When one arrived, one was set down in front of a suitcase-
sized mechanized monster which took your fifty dollars, took
your picture and a small ticket you had filled out, and turned
out a wallet-sized plastic-encased I.D. card that allowed you
to attend for the rest of the year. That allowed the card
holder to attend any and all presentations, of which there were
a dozen or more going on at any one moment.


It might be medicine one month, a four-hour-a-day series,
with half presentation, half discussion, history of the
Philippines which we attended, or philosophy, whatever.

Illich toured each series at least once a week and gave a
resume of all the courses that were being presented, truly an
unbelievable tour de force. We had attendees in ours from
twenty-three countries, and since presenters were paid
according to the number of attendees (out of their $50.00
fees), we were paid more money than it cost us to travel and to
stay there for a week.

To prepare myself, I put all my ideas into paradigms,
chains of logic, summaries, and presented about a hundred
charts and tables in my week. Given its success with an
international audience, I did what any respectable professor
would do: turned it all into a book, Expanding Health Care
Horizons, a title suggested by a confrere who then denied
vigorously that he had ever named anything, even though he
approved of the book. I obtained a contract from Warner, and
Harry Specht, the dean of the School of Social Work at UC
Berkeley, was the editor for them.

Harry had worked under me as the CEO of the Contra Costa
Health and Welfare Council for the one year I was its
president, and we enjoyed one another. He went on a sabbatical
to Europe, injured his back, and lay on the floor of their
leased van for months while his wife drove, and that was where
he edited my book. He did a magnificent job sharpening and
clarifying, never once ruining what I was getting at.

After all that, Warner was sold, perhaps it became Time-Warner,
it cancelled its contracts, and here I was. I wanted
the book for my classes. Because it laid out the new look for
health care that I wanted to use, a pair of former students,
Helen and Paul Mico, who created a publishing house at that
moment, Third Party Publishing, took it as their first venture.
Since they had so few books, they had no budget for
advertising, so it remained mostly for local consumption. It
brought all my major themes together and from time to time I
get asked to sit in on the founding of a health care venture
based on the premises held forth in that book.

We had a lot of dealings with Illich while we were there,
partly fascinated, partly repulsed by this formidably talented,
educated, and experienced empiricist. Fascinated by the
searching questions he asked, repulsed by the elitist answers
he typically gave.

Wasn't organized education creating a great subclass of
those who never could get any of it, therefore shouldn't we do
away with organized schooling? Similarly for medicine, and so
on. My preface to Expanding Health Care Horizons
responds to that philosophy rather vigorously.

Anyhow, we thought he would be good for Berkeley, got him a
Chancellor's professorship, and he spent a semester in
presenting a formal course on gender [1982-1983] and holding
parallel seminars and soirees on various related issues. I did
all the necessary paperwork and petitioning. Roz was in
Europe, and I sat back to enjoy what could only become an
intellectual fracas.

His class drew 500-700 people for every single lecture.
The large home he rented with his stipend was busy at all hours
with truly intellectual forays. This was old-time intellectual
fare of the highest order. Several UCB women faculty were
truly indignant over what this maybe celibate priest had to say
about gender issues, and proceeded to write heated responses in
book form.

He has been at Heidelburg the last few years and is, by my
standards, becoming more respectable or less controversial.